**All videos are done by Dr. Michael Greger M.D. to learn more about Dr. Greger please visit his website or his YouTube channel by click here.
28 August, 2014
Diet
4141
Melons such as watermelons and cantaloupes can be quality substitutes for less natural sweet-tasting foods, and are healthy in a number of ways. While there are numerous types of melons, cantaloupes and watermelon deserve the most attention in regards to their effects on diabetes as they are among the most commercially available due to their common popularity. It is important to remember that, while both of these melons have their own associated health benefits, both are relatively high in terms of glycemic index. While their consumption can be a healthy alternative to other sweets, overconsumption is still ill-advised.

Cantaloupes are low in caloric content, which is a desirable factor in any food consumed for the prevention or management of type 2 diabetes. They also possess a large amount of vitamin A, which is a useful antioxidant that helps to cleanse the bloodstream of triglycerides and bad cholesterol. Vitamin A also helps to increase vision, which can be symptomatically reduced by the onset of diabetes. Vitamin A is not the only antioxidant present in cantaloupes, which also contain nutrients such as lutein and beta-carotene. These nutrients help prevent cellular damage that might be caused by free radicals in the blood. Furthermore, these nutrients have positive effects on pancreatic function, which is important to the production of insulin. This is a primary concern for the prevention and management of diabetes, as insulin helps in the metabolism of sugars and other carbohydrates. These nutrients therefore help fight the decreases in insulin production that can arise from adult-onset diabetes.

It is also important to note the presence of vitamins B and C, as well as nutrients such as manganese and niacin. The combination of these nutrients yields multitudinous health benefits vital to diabetes management, such as the elimination of free radicals and the production of healthy enzymes that help to boost the immune system and lower the risk of circulatory problems or heart disease.

Watermelon contains many of the same vitamins and minerals as cantaloupe. This means that it can help to lower blood sugar, relieve blood pressure, increase insulin production, and help protect against cellular damage. Watermelon, while similarly low in sugar and caloric content, adds one additional tool to help manage diabetes. This tool is lycopene, which is the pigment that lends the fruit its reddish hue. It also has numerous health benefits.

Lycopene is a form of beta-carotene, a type of antioxidant which is also present in cantaloupe. Lycopene is such an effective antioxidant that it has been known to help in the destruction of cancer cells. While the FDA is still looking into this correlation, the sheer possibility indicates that lycopene can be vital in the destruction of other harmful foreign bodies that may cause cell damage. This means that consumption of watermelon may fight symptoms associated with adult-onset diabetes in a more active manner than cantaloupe. In addition, there has been a surge in genetic engineering geared towards creating a form of watermelon with a much lower glycemic index, further adding to its benefits.

While watermelon and cantaloupe have low glycemic indexes in comparison to other sweet-tasting foods, they are still not so low as to allow for overconsumption. That said, eating these fruits in moderation can provide the diabetic with a wide array of vitamins and minerals that assist the management of diabetes and help to alleviate symptoms of the condition. 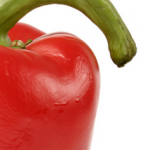 - Previous article « Red Peppers
Melons such as watermelons and cantaloupes can be quality substitutes for less natural sweet-tasting foods ... 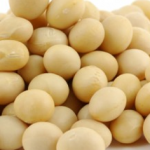 Next article - Soy »
Melons such as watermelons and cantaloupes can be quality substitutes for less natural sweet-tasting foods ...