**All videos are done by Dr. Michael Greger M.D. to learn more about Dr. Greger please visit his website or his YouTube channel by click here.
28 August, 2014
Diabetes
5170

The best way of managing diabetes is generally to adopt a regimen of healthy diet and exercise, but this may not always be enough. In some cases, medications may become necessary to help treat the condition. Diabetes medications can help decrease levels of glucose in the bloodstream and increase levels of insulin production while also causing insulin to be more effective. There are many types of diabetes medication, some of which can be ingested and others which must be injected directly.

Metformin is the most common diabetes medication, and is usually a first-line treatment for the disease. Since metformin can sometimes cause an increase of lactic acids, those who experience preexisting conditions that affect their liver or kidneys are generally discouraged from taking the drug. Those who are able to take it will usually experience a number of positive results, primarily increased effectiveness of insulin and a decrease in glucose levels. This will result in an improved capacity for weight lost, and will also help improve cholesterol.

These are brand names assigned to types of thiazolidinediones. These are drugs which help the body’s glycemic control by allowing less glucose to enter the bloodstream by way of the liver. In addition, these drugs are able to increase the effectiveness of insulin by causing it to circulate more slowly. This can often help those taking the medication to strengthen their HDL, which is better known as “good cholesterol.” While effective, these drugs can be harmful in the case of certain side effects. They may cause strokes, heart defects, or even liver diseases.

Acarbose is one of the more common anti-diabetic agents, often given in combination with metformin. This drug is an alpha-glucosidase inhibitor, meaning that it can help decrease glucose levels. It does this by not allowing starches and certain sugars to disseminate as quickly, which helps to keep the patient from gaining weight too quickly. This can result in gaseousness and stomach aches, while also causing diarrhea.

DPP-4 inhibitors are drugs which cause an increase in insulin production while simultaneously decreasing glucose levels. This allows for the inhibition of weight gain while fighting off the primary symptoms of type 2 diabetes. The downside of DPP-4 inhibitors is that they can lead to numerous side effects. The pancreas may become inflamed, leading to further damage. In addition, the upper respiratory tract may become infected. Milder symptoms include headaches and a sore throat.

These are two groups of medications that help to improve rates of insulin production. They are advantageous due to the fact that they kick in the gear at a relatively fast rate compared to some other medications, though they can have negative side effects which negate some of their gains. For instance, both groups can result in hypoglycemia as well as weight gain. Sulfonylureas also cause rashes, while meglitinides can lower blood sugar by extreme measures.

There are two classes of diabetes medications which can be injected. The first is incretin mimetics, a type of drug which is often administered along with metformin and/or any type of sulfonylurea. This helps to increase insulin production while cutting down on the diabetic patient’s hunger. While weight loss is often associated with this type of drug, it can also lead to damage of the liver or kidneys. As with metformin, it is recommended that patients with preexisting medical conditions affecting these organs avoid using incretin mimetics.

Amylin mimetics are similar to incretin mimetics in that they increase insulin levels while promoting decreases in weight and hunger. These drugs are usually administered to patients who are also receiving regular insulin shots. Although the risk of organ damage is much lower, use of these drugs can result in hypoglycemic tendencies. 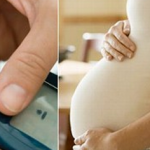 - Previous article « Type 1 Diabetes Treatment
The best way of managing diabetes is generally to adopt a regimen of healthy diet and exercise, but this may not always be enough ... 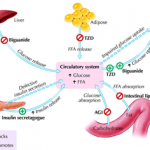 Next article - Type 2 Diabetes Treatment »
The best way of managing diabetes is generally to adopt a regimen of healthy diet and exercise, but this may not always be enough ...