**All videos are done by Dr. Michael Greger M.D. to learn more about Dr. Greger please visit his website or his YouTube channel by click here.
28 August, 2014
Health
2538
Garlic is already a desired food due to its strong taste, but not all who consume it are aware that it also packs a number of health benefits. Garlic is known to help patients with type 2 diabetes due to its regulation of blood glucose levels and improvement of metabolic rates through increased insulin production. It also has implications in the treatment of many of symptomatic conditions that are associated with the onset of diabetes

The strong taste and smell for which garlic is known arises from its sulfur content. One of the primary sulfur compounds contained in garlic is called allicin, which is a vital antioxidant that helps to cleanse the bloodstream. The allicin in garlic is brought out through cooking or through dicing garlic into small bits, which is a standard method of preparation when garlic is used in most dishes. When allicin is brought out through preparation, it enters the bloodstream where it acts as a cleansing agent. Not only does it help to regulate blood sugar, but it also detoxifies other harmful substances such as triglycerides or free radicals. It promotes increases in HDL while also boosting the immune system and relieving blood pressure. In general, the effect that garlic has on the circulatory and cardiovascular systems is quite positive.

Allicin, as well as other sulfur compounds in garlic such as S-allyl cysteine sulfoxide, is helpful in the regulation of insulin levels. Those who suffer from diabetes often have dysfunctional livers, which inhibit the effectiveness of insulin’s impact on metabolic rates. The compounds in garlic help cure diabetes patients of this problem by counteracting the negative effects of a malfunctioning liver, thereby raising the patient’s insulin levels. This further helps the regulation of blood sugar, as improved insulin rates have a positive effect on the metabolism of sugars and other basic carbohydrates that would otherwise pollute the bloodstream when metabolized improperly.

The treatment of circulatory and cardiovascular issues through compounds such as allicin help to relieve most basic heart problems associated with adult-onset diabetes. Since these compounds improve HDL levels while reducing LDL, the overall benefits toward a person’s cholesterol levels are such that garlic can help to prevent diabetes in those who are at high risk but have not yet experienced a full onset of the disease.

Garlic also contains high quantities of selenium, which helps a person to create healthy proteins. Known as selenoproteins, these aid in the elimination of foreign bodies that inhibit thyroidal function. Since issues affecting the thyroid gland can result in increased weight gain, prevention of these issues helps to regulate a person’s weight which will further the goal of preventing or managing adult-onset diabetes.

Since allicin is most effective when garlic is prepared and cooked, the large number of dishes which utilize garlic as an ingredient is incredibly beneficial to those seeking to use garlic as a health aid. It is not generally eaten raw, but is rather cooked or pureed and used in pasta sauces as well as several meat dishes. It also comes in a powdered form which is put into capsules as a dietary supplement. Like most other sources of nutrition, overconsumption is not advisable. Garlic can be eaten or taken as a supplement daily, but moderation is key to ensure that its effects do not adversely affect the body’s insulin levels through overproduction. 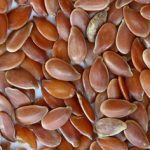 - Previous article « Flaxseed
Garlic is already a desired food due to its strong taste, but not all who consume ... 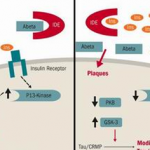 Next article - Insulin Resistance Treatment »
Garlic is already a desired food due to its strong taste, but not all who consume ...