**All videos are done by Dr. Michael Greger M.D. to learn more about Dr. Greger please visit his website or his YouTube channel by click here.
28 August, 2014
Vegetables
4354
Many people shy away from asparagus as children, no matter how many times their parents tell them that it’s good for them. As they grow into adults and learn to value healthy foods, many may embrace the vegetable. Some may even begin to see asparagus as something of a refined taste, especially in the case of white asparagus. For those who suffer from adult-onset diabetes, asparagus can be a life-saving tool in the betterment of a patient’s overall physical health.

Asparagus can help to fight two of the main issues associated with type 2 diabetes. It is able to help lower blood sugar levels while also kick-starting insulin production. This is especially true if asparagus is eaten on a somewhat regular basis. Asparagus contains high levels of healthy fibers which help in regulation of blood sugar levels as well as promoting weight loss and healthy cholesterol. Since it also increases insulin, which plays a large role in the body’s metabolic processes, asparagus has positive overall benefits for the health of those who suffer from diabetes.
Studies performed on rats have hinted that the quantity consumed may play a large role in these benefits. Rats that were given lower quantities of asparagus did not yield as many positive results in terms of insulin production, though blood sugar was still notably lower than before. When larger quantities of asparagus extract were given to the rats, they experienced much more positive results. Function of the pancreas was greatly increased, resulting in much more positive insulin levels.

While asparagus can raise production of insulin, it also helps ensure that the hormone does not have more than its fair share of work cut out for it. Asparagus is low in carbohydrates, which can be harmful to patients suffering from diabetes. While the average person’s body breaks down carbohydrates into glucose so that insulin can help the body to absorb it as fuel, low rates of insulin mean that carbohydrates will miss the last step of this process and instead simply elevate their blood sugar levels. By eating low-carb vegetables such as asparagus, a diabetic person can save themselves this trouble.

More importantly, the carbohydrates present in asparagus are healthier than in some other foods due to the previously mentioned fiber content. Foods that are high in carbohydrates but low in fiber often provide what are known as empty calories. Empty calories are so-named because they are lacking (or empty) in terms of nutritional value. Empty calories are clearly not ideal for the diabetic, who needs to be steadfast in maintaining proper dietary habits.

Asparagus helps diabetes patients by providing food which is low in carbohydrate content and can help patients to increase their insulin levels while reducing the levels of glucose within their bloodstream. The one drawback is that high amounts of asparagus must be consumed to reap its greater benefits. Luckily, those who are likely to become bored with asparagus on its own are able to look at a wealth of dinner recipes which are available. Asparagus prominently features in savory dishes, though many of these are forms of pasta (which is very high in carbohydrates). 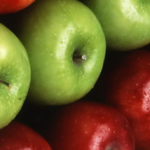 - Previous article « Apples
Many people shy away from asparagus as children, no matter how many times their parents ... 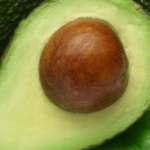 Next article - Avocados »
Many people shy away from asparagus as children, no matter how many times their parents ...