**All videos are done by Dr. Michael Greger M.D. to learn more about Dr. Greger please visit his website or his YouTube channel by click here.
28 August, 2014
Diet
3553
Grapefruits in general are known for their health benefits, and are considered a healthy alternative to many breakfast foods. It is not uncommon for health-driven people to sit down to the first meal of the day with half a grapefruit and a glass of water. This is because grapefruit contains high quantities of vitamin A, vitamin C, and beta-carotene. Red grapefruit is especially healthy, as it contains a powerful antioxidant known as lycopene. Lycopene is what gives it its dark reddish/pinkish hue, and also provides a number of its health properties. Those who suffer from diabetes should consider one or two cautions when implementing grapefruit into a nutritious diet, but the fruit is definitely more helpful than harmful.

Vitamin A has positive effects on metabolic functions, and as such can help to relieve numerous symptoms of diabetes. Not only can it help increase the body’s sensitivity to insulin while lowering blood sugar, but it can also help to fight weight gain. It also has positive effects on the liver. Between its impact on metabolic function and its oxidation of fatty acids, vitamin A is a generally healthy addition to any diabetic’s daily intake of nutrients. Even better, it can improve cardiovascular health and help patients prevent diabetes-related heart diseases.

Vitamin C is one of the most abundant nutrients in red grapefruit. Its potency as an antioxidant is good news for diabetics, as vitamin C is known to aid circulatory functions so as to help lower blood pressure. It also helps to boost the immune system, allowing the body to fight off infections that may arise as a result of diabetes. Vitamin C can also help to lower specific types of blood sugars responsible for kidney damage as well as the blurry vision associated with the early onset of type 2 diabetes.

Beta-carotenes are nutrients that can help in the oxidation of bad cholesterol and unhealthy fats. Along with the lowering of cholesterol, beta-carotene offers health benefits in the form of heart disease prevention. Specifically, beta-carotenes are instrumental in the prevention of a condition known as atherosclerosis. This is when the blood vessels harden, inhibiting arterial function. Since circulatory and cardiovascular issues are among the worst side effects of diabetes, intake of nutrients such as beta-carotenes is highly important to diabetes management.

Lycopene is essentially a type of beta-carotene, but it is beneficial in its own ways. Lycopene is responsible for the red grapefruit’s color, and is also responsible for the mitigation of many side effects associated with diabetes. These include blurry vision, heart disease, and diabetes-related cancers such as colon cancer and pancreatic cancer. Lycopene also helps to alleviate more common symptoms of diabetes, such as spikes in blood sugar and reductions in insulin production. By relieving stress on the eyes, inhibiting the growth and spread of cancer cells, and regulating blood sugar and insulin levels, lycopene can be established as one of the most beneficial nutrients available to diabetes patients.

Those who are on medications for the treatment of their diabetes should exercise caution when including red grapefruit into their diets. Grapefruit in general can affect the body’s reaction to such medications, strengthening their effects in a manner which is counterproductive to the treatment of diabetes. For instance, drugs that lower blood sugar may cause glucose levels to become lower than they should be. It is important to consult one’s diabetes specialist regarding any medications taken to ensure that the consumption of grapefruit will not have such an effect. 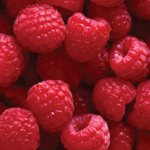 - Previous article « Raspberries
Grapefruits in general are known for their health benefits, and are considered a healthy alternative to... 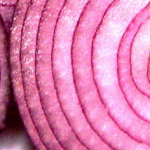 Next article - Red Onion »
Grapefruits in general are known for their health benefits, and are considered a healthy alternative to...