**All videos are done by Dr. Michael Greger M.D. to learn more about Dr. Greger please visit his website or his YouTube channel by click here.
28 August, 2014
Drinks
4712
Studies have shown that a great deal of sugar intake in today’s generation stems from the consumption of sugary drinks such as sodas, high-sugar fruit juices, and coffee that has been filled to the brim with additives and sweeteners (not to mention topped with whipped cream). Diabetes patients adjusting to a new lifestyle may find it difficult at first to adjust to their dietary needs. After all, what could be more boring than drinking nothing but water all day? Luckily, many types of tea have the benefit of improving one’s health without completely sacrificing the aspect of taste. Especially in the case of green tea and black tea, numerous benefits are to be had.

Two of the major problems facing patients who suffer from adult-onset diabetes are the reduction of insulin resistance and the constant maintenance of blood sugar levels. While tea is not in and of itself a tool for weight loss, it helps to prevent symptoms of obesity. Furthermore, it contains natural chemicals that help to increase not only the function, but also the production, of insulin. By regulating blood sugar and promoting insulin’s effectiveness in terms of metabolic function, tea can be a boon to any diabetic seeking to better manage their symptoms. It is worth noting that the studies on these effects showed fewer positive results when tea was mixed with milk prior to consumption. As such, it may be wise to trade the improvement of taste for the improvement of health benefits.

Tea has been shown to improve the flow of blood, thereby alleviating blood pressure. It also leads to reduced cholesterol levels, which can help to fight off many of the circulatory and cardiovascular problems that may arise from long-term diabetes. Black tea, for instance, contains numerous antioxidants that have been shown to lend a hand in the prevention of atherosclerosis and congestive heart failure. Since black tea is fairly caffeinated, however, it is important to remember that it can raise blood pressure for short durations of time. Luckily, this effect is only temporary

Many types of tea, especially green tea, contain antioxidants called catechins. Catechins help to prevent cellular damage or abnormalities, such as the damage caused by the growth of cancer cells. While direct links between catechins and cancer prevention are still an ongoing topic of discourse, the general prevention of most cell damage has been confirmed. This is good for diabetes patients, who are prone to cell damage from more sources than just the potential onset of diseases such as pancreatic cancer. Cell damage can also result in blurred vision, damage to the circulatory system via atherosclerosis, and heart conditions. Catechins and other antioxidants can help to stave off these symptoms, if not prevent them entirely.

Tea has numerous health benefits, and is a suitably healthy alternative for flavored drinks. Drinks such as soda are high in sugar and carbohydrates, and have very little in the way of nutrition. Tea, especially without milk or honey, is low in harmful additives but high in antioxidants that can help diabetics to fight their most common symptoms. Even when taken without milk or honey, many types of tea go well with lemon. Since lemon is high in vitamin C (another antioxidant), it can help to improve the taste of tea while also optimizing its benefits. 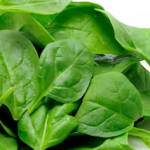 - Previous article « Spinach
Studies have shown that a great deal of sugar intake in today’s generation stems from the ... 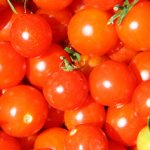 Next article - Tomatoes »
Studies have shown that a great deal of sugar intake in today’s generation stems from the ...