**All videos are done by Dr. Michael Greger M.D. to learn more about Dr. Greger please visit his website or his YouTube channel by click here.
28 August, 2014
Health
3196

Patients suffering from any form of diabetes are prone to a lack of insulin production, but those who suffer from type 2 diabetes are burdened with the additional side effect of insulin resistance. In other words, the body builds up a tolerance to glucose absorption and inhibits the ability of the body’s insulin to metabolize blood sugars properly. When left unmanaged, this symptom can have such adverse effects as heightened cholesterol, raised blood pressure, and unhealthy weight gain. While insulin resistance can exacerbate the general symptoms of diabetes, it can luckily be treated through the drug metformin, adoption of a healthy exercise routine, and a nutritious diet to promote weight loss.

Metformin is not technically geared specifically toward insulin resistance; however, as the leading drug suggested for the mitigation of diabetic symptoms, it can greatly help to raise the body’s sensitivity to insulin’s metabolic functions. Metformin works not by actually making the insulin itself more potent, but by reducing the amount of blood sugar that insulin has to affect. The drug primarily affects the liver, where it works to inhibit the creation of new natural sugar molecules.

Since metformin stabilizes blood sugar in a way that helps to increase the impact of the body’s insulin production, it can help to fight the symptoms associated with insulin resistance. Metformin can promote decreases in blood pressure while lowering bad cholesterol and raising good cholesterol. In addition, since metformin does not increase the production of insulin itself, there is little risk of the hypoglycemic tendencies caused by overproduction.

New research is beginning to show that exercise can have an immediate impact on the treatment of insulin resistance. The best news is that studies appear to show that the type of physical activity has little or nothing to do with this effect. Whether lifting heavy weights at low reps, light weights at high reps, or even doing a simple bit of cardio or aerobics, any physical activity can help to make the body more susceptible to insulin.

One important aspect to note is that these studies also showed a correlation between the duration of physical activity and the duration of lowered insulin resistance. While any amount of exercise is generally healthy, longer bouts of exercise increased the body’s sensitivity to insulin for a greater period of time. This effect that tapered off quickly after the peak of the effect. This does not mean one should exercise to the point that it becomes unhealthy. Rather, it implies that the best time to exercise might be about thirty minutes to an hour before eating. Waiting longer than this to eat after physical activity will lessen the benefits of increased sensitivity to insulin.

Many foods contain nutrients that can help fight the effects of insulin resistance. Fish is rich in protein and low in fat, plus it contains a large dose of omega-3 fatty acids. Nuts are higher in fat but contain the same rich content of omega-3s. The consumption of these healthy unsaturated fats can yield great results in regards to insulin resistance. Other nutrients that can help to lower insulin resistance are chromium, magnesium, and potassium. Foods that are rich in one or more of these nutrients include red onions, tomatoes, broccoli, yogurt, white beans, soy beans, red grapefruit, avocados, and spinach. These are just a few items on a vast list of foods that can assist in the reduction of insulin resistance. Consulting a nutritionist in the formation of a healthy diet to help manage this symptom is highly recommended, as it can help those who suffer from type 2 diabetes to greatly lower all other resultant side effects which may occur when the body ceases to metabolize glucose in the proper way. 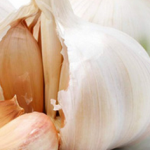 - Previous article « Garlic
Patients suffering from any form of diabetes are prone to a lack of insulin production ... 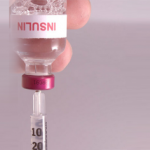 Next article - Insulin »
Patients suffering from any form of diabetes are prone to a lack of insulin production ...