**All videos are done by Dr. Michael Greger M.D. to learn more about Dr. Greger please visit his website or his YouTube channel by click here.
28 August, 2014
Health
3190

These medications normally take half an hour to an hour to kick in. Within a few hours they reach the height of their effectiveness, but they can last for as much as a third of a day. This means that in patients who only need insulin shots to regulate meals, three injections per day could theoretically do the trick. The key thing to remember when creating a treatment plan which largely revolves around short-acting insulin medications is that meals must be planned ahead of time so that injections can be given adequate time to set in.

These medications are not often used on their own, but often in conjunction with short-acting injections. Their primary purpose is to keep insulin levels at a relatively stabilized pace throughout the day. It can take these injections between one and two hours to set in; however, once they have been administered they will generally last for a full twenty-four hours. Patients who utilize long-acting insulin medications normally only need one shot (maximum of two shots) per day.

These medications are similar to those which last longer in that only one or two shots a day are needed to help regulate insulin levels at a steady pace. They are not generally used as their own treatment plan, but rather combined with injections that work rapidly or over a short amount of time before meals. One of the benefits to intermediate-acting medications is that they can be used overnight. This helps to provide steady insulin levels during the dawn phenomenon, a period of time during late night or early morning during which blood sugar spikes while the patient is sleeping.

Like short-acting and rapid-acting medications, these are often taken prior to meals; however, they are not exclusive to this purpose. As the name implies, these medications are comprised of mixed levels of various types of insulin medication. This means that they can help in the formation of a treatment plan which caters to the individual patient’s diabetic needs.

There is no singular “right” way of forming a plan for insulin treatment. Every diabetic is capable of sustaining a slightly different body chemistry. This means that patients will likely not be able to assess the benefits of various treatment plans on their own. They are therefore advised to engage in thorough discussion with their attending physician or diabetes specialist to decide which form of insulin medication will best suit their needs. 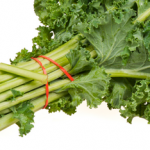 - Previous article « Kale
While insulin is usually a naturally occurring protein in the human body ... 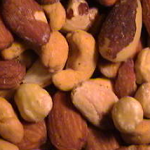 Next article - Nuts »
While insulin is usually a naturally occurring protein in the human body ...