**All videos are done by Dr. Michael Greger M.D. to learn more about Dr. Greger please visit his website or his YouTube channel by click here.
28 August, 2014
Fruits
1304
Numerous fruits such as cranberries can be beneficial to sufferers of diabetes who are in need of substitutes for sweets and snacks. Not only do cranberries offer up a less unhealthy alternative for daily snacking, but they actually stand to increase the overall health of those who consume them as well. They do this through a number of health benefits which help to regulate the body’s levels of blood sugar and insulin, while also increasing the body’s general fiber content.

Regulation of Blood Sugar and Insulin

The fiber content and relatively low glycemic index of cranberries in comparison to other sweets provide the primary sources of beneficial responses by the body upon consumption. Even when cranberries have been dried and sweetened in the same manner as raisins, they maintain very low sugar contents. What sugar is contained in the fruits is all-natural (aside from any sweetening agents used in dried cranberries), meaning that it is much less harmful than the artificial sugars to which the body is exposed through the consumption of manufactured sweets and snacks.

Not only does the lower glycemic index mean that the blood is exposed to less glucose, but the high fiber content also helps to regulate the glucose which remains present in the bloodstream. In addition, the heightened fiber content aids the production of insulin while also raising the body’s sensitivity to insulin’s effects. While raw cranberries produce the best results, they still produce similar results when dried and sweetened. This may make dried cranberries the better option for any diabetics who are picky eaters, as they will be much easier to put down.

Cranberries as a Substitute

Cranberries that have been dried and sweetened in the same manner as raisins (often referred to as “craisins”) can make a quick snack. A handful at a time will help to regulate insulin levels without a great spike in blood suger. They can also be used to maximize the health benefits of other foods. For instance, cranberries and craisins can be included in different bread products, which can then be toasted and sprinkled with a light dash of cinnamon to make a sweet yet healthy dessert.

Desserts are not the only foods that can benefit from the addition of cranberries. General varieties of garden salads, as well as foods such as tuna or chicken salad, can be mixed with cranberries to add a taste that will appeal to the sweet tooth during the consumption of nutritious meals. Cranberries are known to be a little tart, so their consumption may also provide an alternative to those who favor sour candies.

While cranberries can add to a nutritious diet, cranberry juice is an altogether different story. Dried cranberries may have some added sugar content, but there is an even higher sugar content associated with most brands of fruit juices. That is not to say that sugar-free cranberry juice is impossible to find, but it is usually something of a specialized item manufactured specifically for the benefit of diabetics.

Cranberries can be a valuable alternative to sweets, as well as a strong addition to general meals. Aside from tuna salads and general garden salads, they can also be roasted along with certain types of fish and poultry to add to the overall flavor palette of a dish. There are numerous recipes involving the use of cranberries in this manner. It is best to seek out recipes for cold meals, as cranberries are healthiest when the sugar is not caramelized. It is also best to avoid juice, which can raise the glycemic index much more than the general berries.

- Previous article « Carrots
Numerous fruits such as cranberries can be beneficial ... 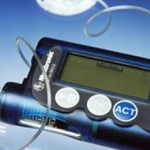 Next article - Diabetes Pump »
Numerous fruits such as cranberries can be beneficial ...